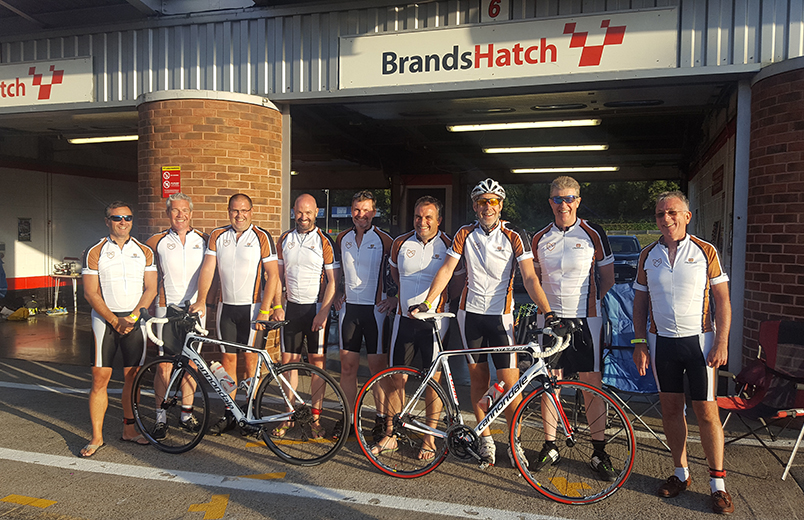 It was an early morning start for the teams with a 6:30am briefing before the first cyclists crossed the starting line at 7:30am. The English weather was at its finest with a perfect sunny day, although the wind tested the rider’s endurance in addition to the uphill climbs.

After a full day of competitive racing for fourth and fifth place against another team, Team A only just missed out on fourth place with their final time at 11:56:16.4, with Team Kebbell taking the fourth, finishing two minutes ahead. With a total of 96 laps completed this meant 233 miles were covered in the 12 hours. Congratulations must go to Ian Edwards from Walter Lilly for the fastest team time of the day of 06:12.607.

Team B came in at 19th place completing an impressive 82 laps and 199 miles. The fastest team lap of the day was awarded to Dean Hollingsworth with a time of 07:25.1. A big effort from Walter Lilly’s Mike Howell who ended up having to complete four consecutive laps during his leg of the race after the pit lanes were closed to start the 8-hour racing!

Well done to Derrick Sowerby of Slender Winter Partnership and Nick Forster of W-One International who brought both teams home for the final laps of what was a very tiring day.

Our friends at TMJ Interiors and Darke and Taylor were also there on the day and put up a great race. It was fantastic to see them both there and spend another great day of friendly trackside competition.

Visit our facebook page here for photos of the day.