PC achieved at the Honourable Society of the Middle Temple 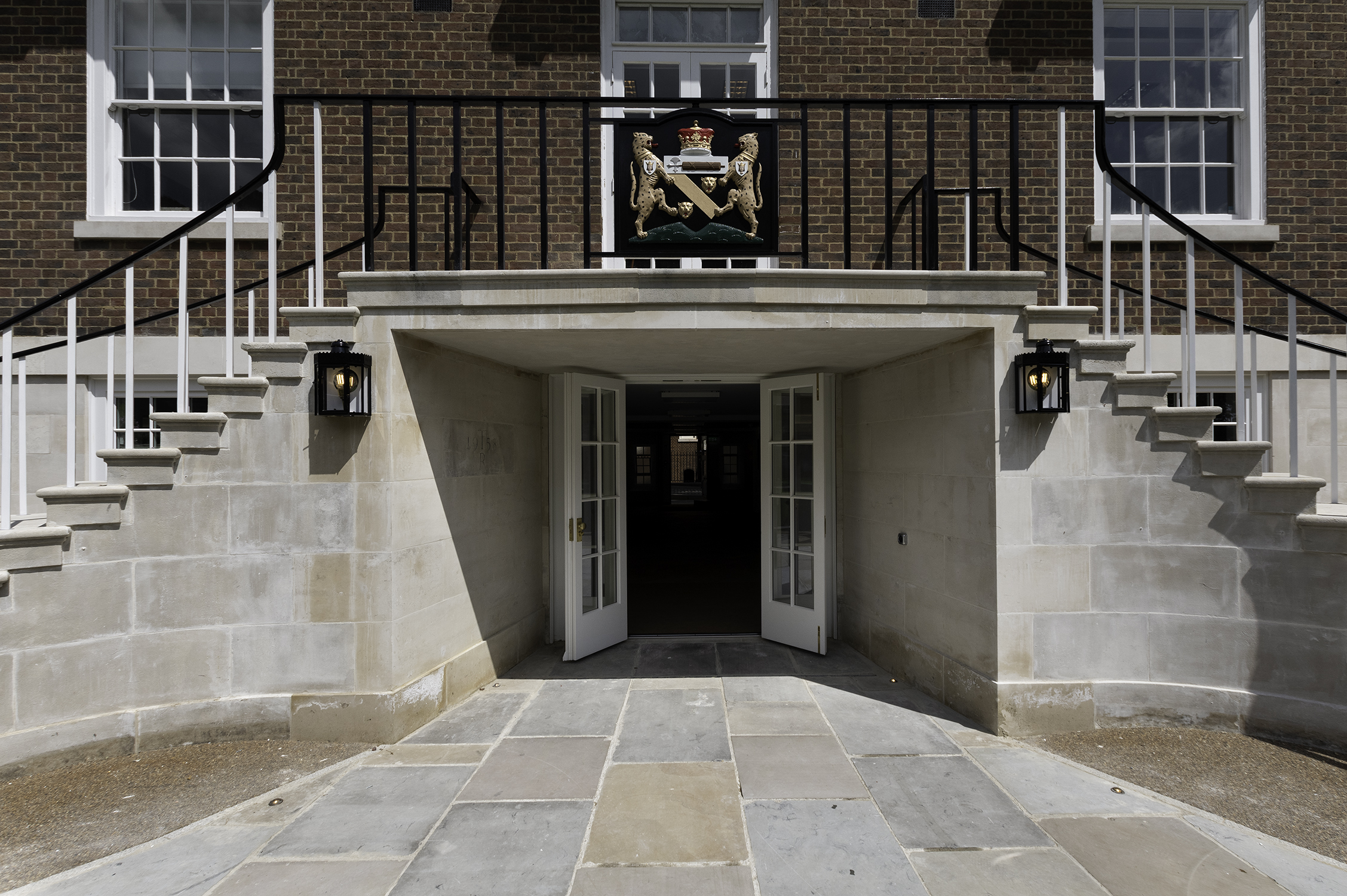 Our project for the Honourable Society of the Middle Temple is now complete, transforming the lower floors of the Ashley Building from an old books storage area into a comfortable and engaging space to work and meet, open to all members of the Inns of Court and their guests.

The Honourable Society of the Middle Temple is one of the four Inns of Court entitled to call their members to the Bar as barristers in a court of law. Although there have been lawyers in Middle Temple since the 1300s, the existing Ashley Building dates back to the 1950s when it was designed by Edward Maufe to replace the Library building destroyed in the days of the London Blitz.

Extensive structural alterations have created a new common room area including a new staircore, a café, and a meeting hub and WCs. Complete mechanical and electrical refurbishment was carried out. The low ceilings of the ground floor and basement-mezzanine floor and the narrow windows were remodeled with a feature stair to open up the space and larger windows to let in natural light.

Externally, the rear perron staircase was remodelled and extended in size with careful stone restoration. The brief for the staircase was to extend and remodel the staircase to accommodate the new glazed double doors that lead into the basement mezzanine floor below, repurposing original materials and components as much as possible.

First, the existing perron was cleaned using a low-pressure steam wash to ensure no damage was caused to the surface of the existing stonework. Next, the stonework was dismantled, with a spider crane used to lift down the steps – each of which weighed more than 300kg – and loaded onto pallets to store on site.

Once the foundations and drainage were in place, the stored stonework from the old staircase and new stone to extend the staircase were used to erect the remodelled staircase, and the handrail was also extended and installed.

As we were extending the stairs with new materials, one key challenge to the work was to avoid any mismatch in the stone appearance between the new stone and the existing reused stone which was over 60 years old. By carefully cleaning the original stone, selecting the new materials to blend in well with the existing ones, and applying finishes to the new stonework to give the appearance of aging, we achieved a seamless effect.

The perron staircase is original to the Ashley Building, which dates from 1958. Now that the staircase works are complete, the next overhaul of the staircase will not be required until the stairs are over a hundred years old.

The works on this project were solely to the lower three floors of the building, while the floors above remained occupied and in use. Our site team worked closely with the stakeholders and building occupants keep them informed about the works, and noise, dust and vibration was kept to a minimum to avoid disrupting their day to day operations.

The project was a great success and the project team work collaboratively to deliver this stunning new area for the members. The project team included IKS Consulting, Purcell, Integration and The Morton Partnership.

Back at Brands Hatch for our 10th Consecutive Cyclothon