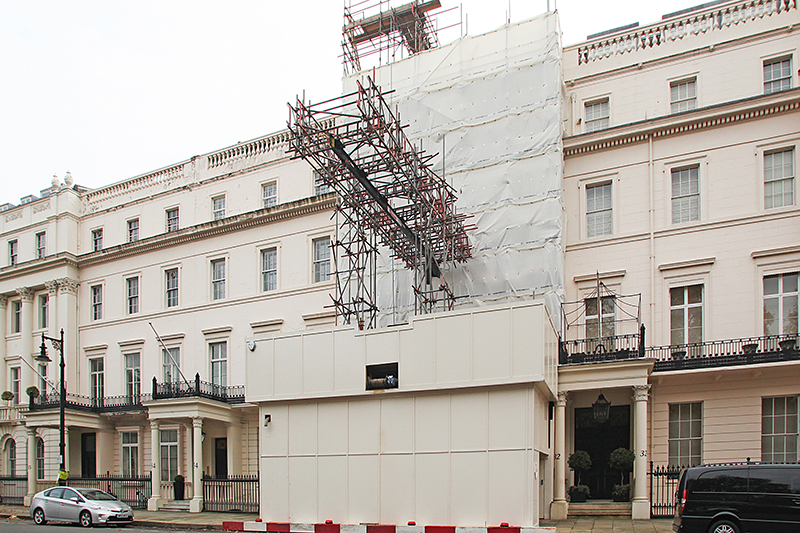 Our Wilton Crescent project commenced in mid-2015 and involves the demolition and reconstruction of rear mews building and link building and the excavation under the rear garden using a top down construction method to create a basement extension. The works also include the full refurbishment of the main house, including an extension to the rear lower ground, ground and first floor levels, as well as the creation of a terrace at the first floor level. This extension and refurbishment project will also require the installation of a new plant room.

Works at another project at Belgrave Square commenced in early 2015 and is for the redevelopment of an existing Grade I listed property and mews house into a single dwelling including a new basement extension linking the two properties. The works at this property also includes the demolition reconstruction of the existing mews building, a brand new swimming pool hall in the basement extension and a new roof garden between the two buildings. The project is due to be completed in late 2017.

Upper Belgrave Street is a recent contract which Walter Lilly secured through a two-stage tender process in early 2016. A Grade II* listed end of terrace property, the works involve the redevelopment and refurbishment of the existing building into a six-storey private residential luxury home. Walter Lilly was initially contracted to carry out only the strip-out works to the property in 2015 and we are pleased to have been recently awarded the contract for the full refurbishment.